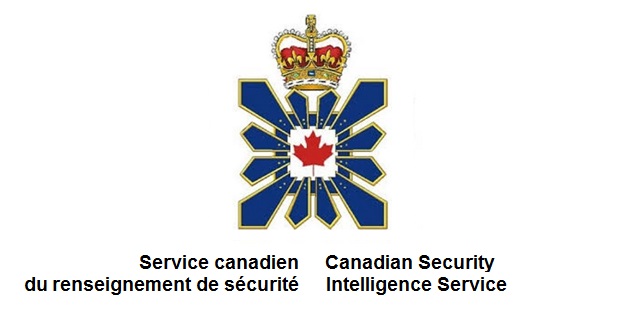 On October 27, 2014, CSIS Assistant Director Michael Peirce testified in front of the Standing Senate Committee on National Security and Defence. During an exchange with Senator Daniel Lang, Mr. Peirce acknowledged that “There are individuals who are espousing a radical extremist view of Islam,” but he seemed to imply that Islamic institutions, and mosques in particular, are not part of the radicalization problem.

CSIS Assistant Director Michael Peirce: “There are individuals who are espousing a radical extremist view of Islam, and they are doing so specifically to radicalize individuals, oftentimes young individuals. That message is having an impact and we are, as a result, seeing people turn to a radical view of Islam. In addition, there is an enormous proliferation of extremist propaganda on the Internet, and it’s a very powerful radicalizing tool.”

Radical individuals gain influence in the Muslim community because they are supported by Muslim institutions, and mosques in particular. The funding of organizations waging armed jihad or the “jihad of the tongue” is also made possible by collective decisions taken by administrators of Islamic institutions to do so.

The promotion of sharia (which is the “radical extremist view of Islam,” talked about by Mr. Peirce) would not last very long without institutional support.

According to Ibrahim Abu-Rabi (1956-2011), a scholar linked to the Muslim Brotherhood infrastructure in Canada and the the first holder of the Edmonton Council of Muslim Communities Chair in Islamic Studies affiliated with the University of Alberta, Hassan al-Banna, the founder of the Muslim Brotherhood, considered the mosque to be “a center of Islamic revolution.”

(Hassan) al-Banna went about organizing his movement with ceaseless zeal, bringing about radical changes in certain key concepts and practices. One of the changes al-Banna hoped to introduce was the status of the mosque, bringing it from a static place of worship to a center of Islamic revolution.

In a fatwa likely published in 2001, and updated in 2006, the Muslim Brotherhood spiritual guide, Youssef Qaradawi, explained the political role of the mosque:

In the life of the prophet there was no distinction between what the people call sacred and secular, or religion and politics: he had no place other than the mosque for politics and other related issues. That established a precedent for his religion. The mosque at the time of the prophet was his propagation center and the headquarters of the state.

This was also the case for his successors, the rightly guided Caliphs: the mosque was their base for all activities political as well as non-political.

[…] It must be the role of the mosque to guide the public policy of a nation, raise awareness of critical issues, and reveal its enemies.

In 2005, then CSIS Deputy Director of Operations, Dale Neufeld, acknowledged in front of the Special Senate Committee on the Anti-Terrorism Act that mosques have raised funds for terrorism in the past, and have been used to detect good prospects for terrorism training:

Dale Neufeld: There certainly are mosques in this country — again, I would not say they are representative of the Muslim faith. However, there are a couple that we believe have that role of facilitating fundraising and perhaps talent spotting individuals to go for training, as you have suggested.

A secret CSIS 2011-2012 study released to the National Post (also Archive.Today) under the Access to Information Act examined the role of mosques and other venues of Islamist radicalization in Canada. According to the summary presented by Stewart Bell, “While mosques with hardline imams are often singled out for spreading violent Islamist ideology, the study found that radicalization has been taking place at a much longer list of locales.” 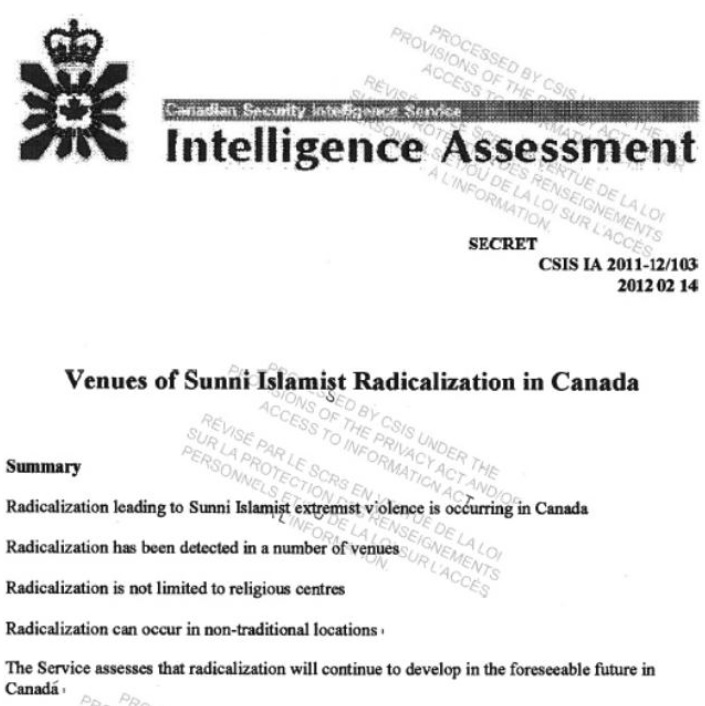 The heavily censored CSIS report that was obtained by the National Post is available on Point de Bascule.