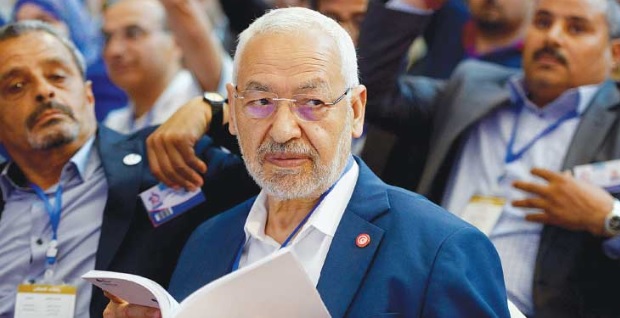 Rachid Ghannouchi: “When people will understand that there is no room to make Syria and Iraq Shiite, when Iran and others will understand, then there won’t be any room left for those mad [with anger].” 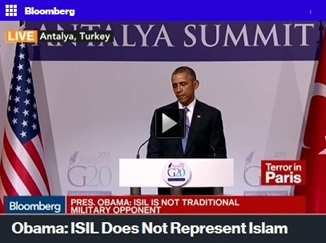 Last week, in a another interview granted to the London-based Al Quds Al Arabi / Archive.Today, Ghannouchi made the same assertion and stated that IS jihadists are angry because of Shiites’ activities in Syria and Iraq: “When people will understand that there is no room to make Syria and Iraq Shiite, when Iran and others will understand, then there won’t be any room left for those mad [with anger].”

Rachid Ghannouchi and Muslim Brotherhood spiritual guide Youssef Qaradawi are both senior members of the International Union of Muslim Scholars.

In a 2014 video interview, Qaradawi asserted that Islamic State leader Abu Bakr al-Baghdadi, was once a member of the Muslim Brotherhood.

At the time, analyst Raymond Ibrahim highlighted that “Qaradawi’s revelation was not meant to cast aspersions on the Brotherhood” but was likely meant to send a signal to authorities that their refusal to collaborate with the ‘moderate’ Muslim Brotherhood could trigger a ‘radicalization’ that would lead to violence.

Raymond Ibrahim: More likely [Qaradawi] was invoking the idea that imprisoning and suppressing “moderate Islamists,” namely the Muslim Brotherhood – most recently in Egypt’s last revolution – only leads to their “radicalization” and turn to violence.

[…] The idea that it is best to cooperate and ally with the “moderate” and “nonviolent” Muslim Brotherhood lest, aggrieved, it turns to “extremism, radicalism, and terrorism” has been swallowed by many Western academics and politicians hook line and sinker.

In 1998, the Canadian government (under a Liberal administration) blocked Rachid Ghannouchi from entering the country due to his terrorist background.

In a 2003 refusal to grant refugee status to one of Ghannouchi’s lieutenants in Canada, the Federal Court of Appeal described Ghannouchi as “[Section 20] a terrorist who is an integral part of the international Islamist movement [and who] is regarded by some sources as one of the masterminds of terrorism. Mr. Ghannouchi has called for violence against the U.S. and threatened to destroy its interests in the Arab world. He has also demanded the destruction of the state of Israel.”

Section 21 of the same legal case lists several terrorist activities waged by Ghannouchi’s Ennahda organization in the eighties and the nineties: bombing attacks in France and Tunisia, arsons on cars and building, throwing acid in people’s faces, physical attacks in schools and universities, the use of Molotov cocktails, etc.