Quebec judge rules that once parents have accepted that photos of their young veiled daughters be displayed on the web, they are in the public domain and they may be reproduced by a newspaper 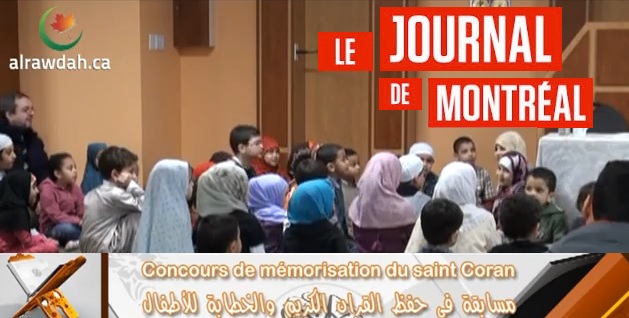 This image was added by Point de Bascule to illustrate the article but it is not one of the images that was published by the Journal de Montréal on March 2, 2012.

Point de Bascule presents the translation of the most significant excerpts of Judge Alain Breault’s decision.

[1] The plaintiff Amal Amin (“Ms. Amin or the plaintiff”) claims $7,000 jointly from the three defendants, the Journal de Montréal (“JDM”), Djemila Benhabib (“Ms. Benhabib”) and Sun Media Corporation (“Sun Media”). [2] In essence, she claims that her right and the right of her children to privacy was violated in Ms. Benhabib’s blog that appeared in the Journal de Montréal because photos featuring her children were published and comments on these photos were added by Ms. Benhabib. [5] Ms. Amin did not attend the trial. She now lives in Calgary and, at the time of the hearing, she was pregnant. Therefore, she was represented by her husband Mohammed Rakha (“Mr. Rakha”). [8] In June 2011, their children Mariam and Omar take part to a Koran memorization competition. The competition is open only to children who are eight and younger. In short, the children have to memorize and recite excerpts of the Koran by heart. Some parents and other children attended the event. [13] On March 2, 2012, in a piece that she published in her blog called “Djemila Benhabib’s blog”, she used four photos [featuring the children at the competition] to denounce or criticize this activity to which these young girls are taking part. Both plaintiff’s children appear on three of the four photos. [15] [Ms. Benhabib] herself is Arab and of Muslim background. For many years, she has been criticizing the veiling of young Muslim girls and, in particular, this practice of memorizing and reciting excerpts of the Koran that is imposed by some parents on their daughters, eight year old and younger. [16] Ms. Benhabib considers that this activity is harmful. In her view, this activity of memorization (and recitation) are out-of-date and are akin to indoctrination. […] [17] There is no doubt that Ms. Benhabib intended to criticize severely and firmly the veiling of young Muslim girls and, more specifically, their participation to Koran memorization and recitation competitions. […] [25] In the statement of claim that she sent on April 19, 2012 to JDM, she explained her position as follows:

[PORTION ALREADY IN ENGLISH IN THE DECISION] I am writing to inform you that I, the mother of Omar and Mariam Rakha, find that my and my children’s private and civil rights were abused by publishing their photos in the article of Mme Djemila Benhabib that was posted in the Journal de Montréal on 02 March 2012 and titled “les petites filles voilées : notre grande hypocrisie”.

This letter constitutes formal notice to pay me the sum of $7000 within ten days. Otherwise, Il [sic] may take legal action against you immediately and without further notice.

[30] Mr. Rakha [the plaintiff’s husband who represented her in Court] adds that Ms. Benhabib’s criticism has been very embarrassing and that it was taken very seriously by the members of his community and her family. It brings discredit on Muslims and on the spiritual approach that the members of his community have chosen for their children. [32] The disagreement between the parties oppose freedoms and basic rights that both parties are invoking and that are protected by Quebec’s Charter of Rights and Freedoms and even by Quebec’s Civil Code: the right to the respect of one’s privacy and one’s representation on one hand, and freedom of expression and freedom of opinion, on the other hand. [61] First, as the circumstances were described, it is clear that the plaintiff and her husband, Mr. Rakha, wilfully accepted that photos featuring both their children be removed from the private sphere to be displayed in the public domain. [62] The evidence that was challenged, shows that the parents of the children having taken part in the competition, including Mr. Rakha himself, have specifically asked that photos of their children be taken and posted on the Alrawdah mosque’s website. It was not the mosque’s decision, but a decision by the parents who took it freely. [63] The photos that are contested became public and accessible to everybody. There was no procedure in place to limit the access to them or their transmission. Quite the opposite, the option “SHARE” above each photo and web users were encouraged to send them to other persons. [71] The Tribunal comes to the conclusion that Ms. Benhabib’s comment and her use of the photos were part of a public debate. The topic that was being discussed is of public interest and the photos are relevant. In fact, they have a direct link with the issues being discussed in the blog. A free and democratic society is being energized by this type of debate. [ORIGINAL FRENCH: «Ce type de débat se justifie amplement dans les caractéristiques fondamentales dont se nourrit une société libre et démocratique.»] [73] Finally, the Tribunal believes Ms. Benhabib when she claims that, in her blog, she did not try to show contempt or denigrate the children. When she used the photos, she intended to denounce an activity that she considers harmful, but she also wanted to show the children’s vulnerability («humanité» in French). [74] The Tribunal notices that, in fact, Ms. Benhabib’s text does not constitute a personal attack against the plaintiff’s children. She did not express any contemptuous or hostile comments towards them. [75] In short, in the circumstances that were described, the Tribunal concludes that Ms. Amin and Mr. Rakha’s right to the protection of their private life has to take the back seat to the public’s right to information and to Ms. Benhabib and JDM’s freedom of expression and freedom of opinion.

FOR THESE REASONS, THE TRIBUNAL
DISMISSED
the plaintiff’s claim, with the $199 legal fees.

Point de Bascule (September 27, 2012): The Journal de Montréal is being sued for publishing a photo that was on display on a Muslim Association of Canada’s website [Article in French]