Point de Bascule Director on Sun TV: Islamists use their close relationship with the RCMP as a way to deflect criticism of their radical agenda 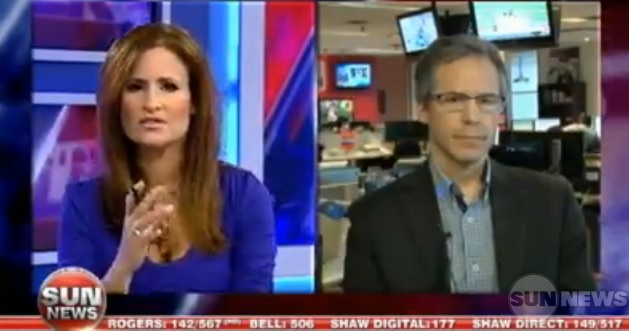 This interview took place on October 22, 2014, two days after the killing of Warrant Officer Patrice Vincent by convert Martin Ahmad Rouleau in Saint-Jean and a few hours before the next terrorist attack on Parliament Hill.

Point de Bascule Director told Sun TV’s Alex Pierson that Abdel Hamid Bekkari, the director of the Centre managing the Al-Imane mosque attended by Rouleau in Saint-Jean, told La Presse that an RCMP officer of Moroccan extraction is also a regular at the mosque, likely as a congregant.

The treasurer brought up this fact after she was asked by La Presse to comment about the sermons regularly given by radical preacher Hamza Chaoui at her mosque.

As Point de Bascule Director indicated, it is becoming a habit for Islamists to deflect the criticism of their radical agenda by invoking that RCMP officers are supporting their objectives either by attending their regular activities, or by being involved in outreach activities with them.

In December 2012, after Point de Bascule revealed that the Islamist RIS convention in Toronto was sponsored by the terrorist organization Hamas’s fund collector, IRFAN-Canada whose charitable status had been revoked the year before, the RIS supporters brought up the same argument and invoked that, a few years earlier, then RCMP Commissioner Zaccardelli himself had addressed the convention.

If the RCMP is collaborating with Islamists, then the Islamists’ activities must be respectful of Canadian values, right?

In fact, it is the other way around.

Because influential Islamists linked to the Muslim Brotherhood infrastructure are advising the RCMP, CSIS and Public Safety Canada on security matters, these organizations responsible for the security of Canadians are frequently looking the other way even when Islamists clearly state their totalitarian ambitions for Canada and promote scholars advocating jihad, sedition, etc.

Before the killings occurred in Saint-Jean and Ottawa, Point de Bascule identified one such Islamist in high places as Hussein Hamdani.

Hamdani is still a member of the Cross-Cultural Roundtable on Security that advises Public Safety Canada and the Department of Justice in spite of his links with three organizations whose charitable status were revoked by the Canada Revenue Agency because they funded terrorism in the past and a fourth one that endorsed Hamas, more than one year after it was listed a terrorist organization by the government of Canada.