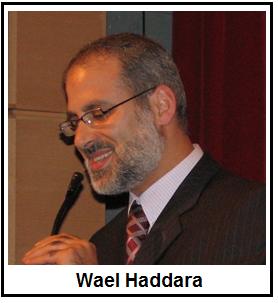 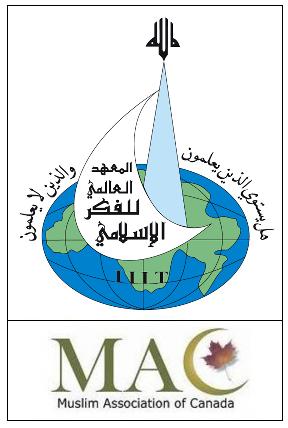 On April 5, 2011, 26 faculty, alumni and friends of the University of Western Ontario (UWO) sent a letter demanding that the administration refuse a $1-million gift offered to the Faculty of Theology at Huron University College, a UWO’s affiliate, to set up a new Chair in Islamic Studies. The funds are coming from the International Institute of Islamic Thought (IIIT), a group with ties to the Muslim Brotherhood. The Muslim Association of Canada (MAC), the Canadian branch of the Brotherhood, has promised to help raise another million dollars for the program.

On May 11, Barbara Kay published a piece for Campus Watch in which she explained that the real agenda behind the funding of Islamic Studies by Islamist organizations is twofold: Islamist colonization of universities, and image-laundering – The Dumbing-Down of Due Diligence at Canada’s Huron College.

A shorter version of Kay’s article was published by the National Post on May 13 – A $2-million gift that UWO might want to turn down.

After the opponents of the gift pointed out that MAC adheres to Hassan al-Banna’s radical ideology, Wael Haddara, new MAC president, reacted by saying that “(MAC’s) interest in Hassan al-Banna is only in terms of his theology, not his political views, and nor does it have any ties with the Muslim Brotherhood”. (Academic funding tainted by terror links, letter warns)

“MAC’s roots are deeply enshrined in the message of Prophet Mohammad (peace be upon him). Its modern roots can be traced to the Islamic revival of the early twentieth century, culminating in the movement of the Muslim Brotherhood.”

(…) “MAC adopts and strives to implement Islam, as embodied in the Qur’an, and the teachings of the Prophet (peace be upon him) and as understood in its contemporary context by the late Imam, Hassan Albanna, the founder of the Muslim Brotherhood. MAC regards this ideology as the best representation of Islam as delivered by Prophet Muhammad (peace be upon him).”

According to GMBDR, MAC is the only Islamist organization (besides Hamas – Charter article 2) that openly acknowledges its links with Hassan al-Banna’s Muslim Brotherhood. Obviously, some MAC leaders seem to have had second thoughts about the opportuneness to be so candid.

Recently, even Tariq Ramadan became upset when he was associated with Hassan al-Banna. He criticized a French TV interviewer for not having respected an alleged deal to keep silent about the fact that he was al-Banna’s grandson. The video (00:00 – 00:44) is available HERE.

Hassan al-Banna’s ideas have been summarized in his 50-point manifesto that promotes a one-party State, the prohibition of dancing, the censorship of books and movies, the implementation of specific curricula for boys and girls and even a dress code for all citizens to be enforced by a religious police.

As more and more documents become available about al-Banna, Islamists would like us to forget about their mentor who was quite blunt about his ambitions in his speeches and his writings.

Tariq Ramadan in 2002: “I have studied Hassan Al-Banna’s ideas with great care and there is nothing in this heritage that I reject. His relation to God, his spirituality, his personality, as well as his critical reflections on law, politics, society and pluralism, testify for me to his qualities of heart and mind….. His commitment also is a continuing reason for my respect and admiration.”

MAC featured Tariq Ramadan as their main speaker in a 2010 lecture held in Montreal.

Past positions taken by Ingrid Mattson and Mahmoud Ayoub, two members of the IIIT Council of scholars, will help understand what are the goals being pursued by the organization behind the funding of the Chair in Islamic Studies at Huron University College. 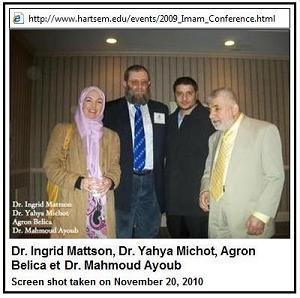 When asked to suggest a Qur’anic commentary by a participant in a public meeting in 2000, Ingrid Mattson stated that “So far, probably the best work of tafseer in English is by Maulana Abul A’la Maududi”.

Here is a summary of the kind of ideology that Maududi promotes. The excerpt comes from his book Jihad in Islam (pp. 6 and 22):

“Islam wishes to destroy all states and governments anywhere on the face of the earth which are opposed to the ideology and programme of Islam regardless of the country or the Nation which rules it. (…) Islam does not intend to confine this revolution to a single State or a few countries; the aim of Islam is to bring about a universal revolution.”

Mahmoud Ayoub has been involved with the Libyan World Islamic Call Society (WICS) at least since 1983. WICS was set up by Muammar Gaddafi in 1972 to spread Islam in non-Muslim countries. WICS has also been known to hide its financing of terrorism behind charitable activities. In Canada, WICS is based in London, Ontario.

In a WICS meeting held in Turkey in 2010, Ayoub was designated as the representative of the Americas on the 7-person executive committee of the organization (WICS communiqué archived on PdeB). At the end of the meeting, the participants “sent a cable of thanks and appreciation to the Prime Minister of the Republic of Turkey Mr. Recep Tayyip Erdogan and to Brother Mu’ammar Al-Gaddafi”.

In 1987, Mahmoud Ayoub authored a complacent biography of Gaddafi titled Islam and the Third Universal Theory: The Religious Thought of Mu’ammar al Qadhdhafi – Google Books. In Mark Steyn’ words, “in a Jihad calendar”, Gaddafi’s “sycophantic biography” was published” halfway between the Libyan bombing of a German disco full of U.S. soldiers (1986) and the Libyan bombing of Pan Am 103 over Lockerbie (1988)”.

On May 7, 2011, the Ottawa Citizen (Point de Bascule) reported that the Canada Revenue Agency (CRA) had revoked the charity status of WICS Canadian branch. The Canadian authorities justified their decision by the fact that WICS funnelled money to terrorists involved in a plot to blow up JFK airport in New York City in 2007.

A payment of $170,814.20 was also made to Jamaat al-Muslimeen, a terrorist group that once attempted to overthrow the elected government of Trinidad and Tobago. According to Canadian government’s documents, this group is known for waging campaigns of rape, torture and murder.

“(In 2004, another WICS operative), Abdurahman M. Alamoudi admitted in his plea agreement with a U.S. Court that he was ordered by Gadhafi to help orchestrate the assassination (of Saudi Crown Prince Abdullah) and was provided by the Libyan leader with $340,000 toward that end. Alamoudi also served as a conduit for Libyan funds intended for Hamas. When Alamoudi was caught, he admitted that he had previously received funds from the World Islamic Call Society (WICS), usually in the range of $10,000 to $20,000. WICS was originally established by Gadhafi to function as a way to export Libya’s particular brand of radical Islamic-socialist ideology abroad. A portion of WICS’s endowment stems from the Jihad Fund, which was a Libyan payroll tax. (…) Alamoudi himself was a member of the World Islamic Call Council, which is charged with the duty of implementing the programs drafted by the WICS conference.”

Alamoudi also held numerous positions with Muslim Brotherhood organizations in United States. Discover the networks has more information about him.

On two occasions at least, Mahmoud Ayoub testified as a specialist on Islam in Canadian trials. In 2006, in R. vs Humaid, he tried to convince a judge to reduce the sentencing of a Muslim man already convicted of having killed his wife from first degree murder to manslaughter. He argued that “the Islamic culture placed great significance on the concept of family honour”.

According to CanWest, Ayoub added that “many Islamic societies permit men to punish wives suspected of adultery and sometimes even kill them”. Ayoub’s plea did not work.

On November 10, 2006, CanWest reported that the Supreme Court of Canada refused to hear the case (Top court refuses to hear whether religion can be a murder defence).

The manual of sharia Umdat al-salik (Reliance of the traveller) is officially endorsed by Ayoub’s IIIT. Section o1.1-2 of the manual specifies that certain types of honour killings must not be punished under Islamic law: “Not subject to retaliation (is) a father or mother (or their fathers or mothers) for killing their offspring, or offspring’s offspring”.

In 2008, the BC Human Rights Tribunal heard a complaint lodged by Mohamed Elmasry and Naiyer Habib of the Canadian Islamic Congress (CIC) against Roger’s Publishing for having printed an excerpt from Mark Steyn’s book America Alone (Google Books) in Maclean’s magazine. In his book, Steyn expressed his concerns about the global ambitions of Islam for world domination and commented on the implications of large waves of Muslim immigration in the West.

The complainants claimed that by reproducing an excerpt of Steyn’s book, Roger’s Publishing had exposed Muslims in British Columbia to hatred and contempt, contrary to human rights’ law. They were asking for financial compensation from the publisher.

To make his point, Steyn had quoted a 2006 speech made by Muammar Gaddafi in Timbuktu in which he said that “the fifty million Muslims of Europe will turn it into a Muslim continent within a few decades”. The video of Gaddafi’s speech is available HERE.

Mahmoud Ayoub was called by the complainants as an expert on Islam in order to assert that Steyn was wrong about the religion. The Tribunal decision (section 115) reports that Ayoub challenged Steyn, and stated that “as part of their beliefs, adherents of Islam are not exhorted to conspire to take over the world”.

The irony is that Steyn had only been quoting Gaddafi, whom Ayoub serves and gives credibility to as a member of WICS.

Andrew Coyne’s report on Mahmoud Ayoub’s intervention at the Tribunal is available HERE.

Gaddafi established WICS in order to funnel money to terrorists. In 2011, the Canadian Government revoked the organization’s charity status for having funneled money to Jamaat al-Muslimeen, an organization that attempted to overthrow the elected government of Trinidad and Tobago. Gaddafi’s Libya financed many other terrorist operations. Mahmoud Ayoub is on the executive committee of WICS.

Maududi promoted a global Islamic revolution. In 2008, the Canadian Government denied a visa to the leader of the Jamaat-e-Islami, a Pakistani Islamist party founded by Maududi, when he applied to visit Canada to speak at a Muslim Brotherhood conference. Ingrid Mattson has described Maududi’s Qur’anic commentary as the best one available in English.

In light of the support given by Ayoub and Mattson to these totalitarian leaders, we enjoin Trish Fulton, interim Principal at Huron University College, not to enable MAC and IIIT’s agenda by refusing their money.

The Muslim Brotherhood and Gaddafi were partners not too long ago