As patron of the Award, Shaikh Mohammed welcomed the prominent Indian scholar at Zabeel Palace and presented him with the honour. Shaikh Mohammed congratulated Dr Naik for adopting calm dialogue, proof-based method of persuasion in preaching and promoting Islam as a religion of mercy and tolerance.

Shaikh Mohammed marvelled at Dr Naik’s intellectual and spiritual merits which enable him to memorise and interpret the Holy Quran. He also praised him for deep understanding of the divinely-revealed Books and for his valuable books.

Dr Naik paid profound thanks to Shaikh Mohammed for his patronage and support for the award, which he said, is gaining increasing momentum and publicity among young Quran memorisers across the world, particularly Islamic countries.

A medical doctor by professional training, Dr Zakir Naik is renowned as a dynamic international orator on Islam and Comparative Religion. The 47-year-old Dr Zakir Naik is the president of Islamic Research Foundation, Mumbai. He clarifies Islamic viewpoints and clears misconceptions about Islam, using the Quran, authentic Hadith and other religious Scriptures as a basis, in conjunction with reason, logic and scientific facts.

According to a profile released by the Dubai International Holy Quran Award, he is popular for his critical analysis and convincing answers to challenging questions posed by audiences after his public talks. In the last 17 years (by the year 2013) Dr Zakir Naik has delivered more than 2,000 public talks in the US, Canada, UK, Italy, Saudi Arabia, UAE, Kuwait, Qatar, Bahrain, Oman, Egypt, Australia, New Zealand, South Africa, Botswana, Nigeria, Sri Lanka, Brunei, Malaysia, Singapore, Hong Kong, Thailand, Guyana (South America), Trinidad, Mauritius and many other countries, in addition to numerous public talks in India.

Dr Zakir Naik appears regularly on many international TV channels in more than 200 countries of the world. He is regularly invited for TV and Radio interviews. He has authored many books on Islam and Comparative Religion. – Emirates News Agency, WAM 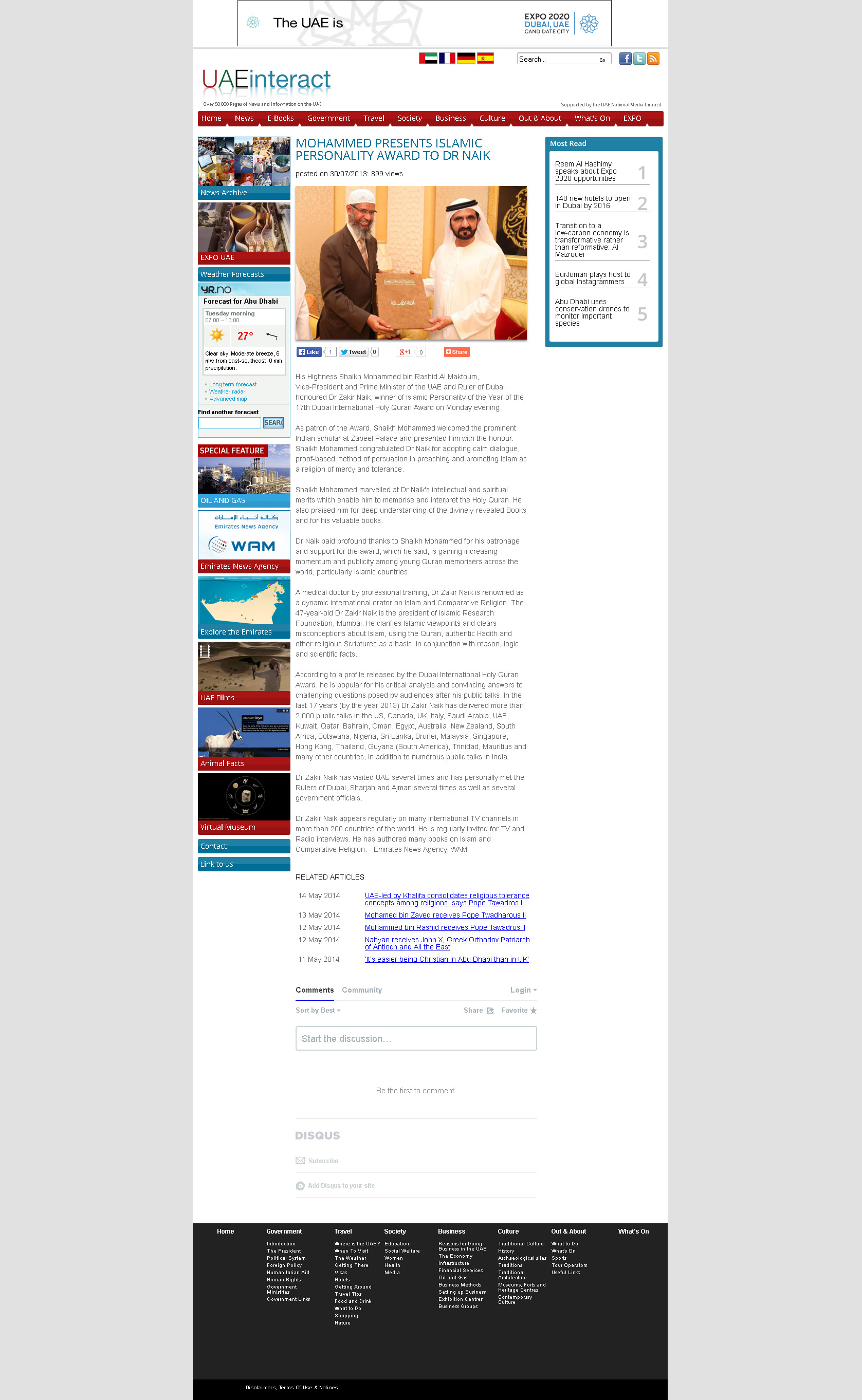