On April 14, 2014, Stewart Bell reported in the National Post that “Syrian extremists threaten to ‘destroy’ Canada in online video.” Point de Bascule director was asked to comment this information by Sun News. The video of his interview is available by clicking on the image below.

Frequently, commentators and members of the intelligence community worry that young Muslims could leave Canada and get radicalized abroad. As Point de Bascule director pointed out, in the case of these jihadists threatening Canada from Syria, they were not radicalized in Syria but in Canada. They got their military training over there. Matter of fact, that’s precisely why they left Canada to go wage jihad in Syria in the first place. That’s why others went to wage jihad in Algeria last year, and in other countries. 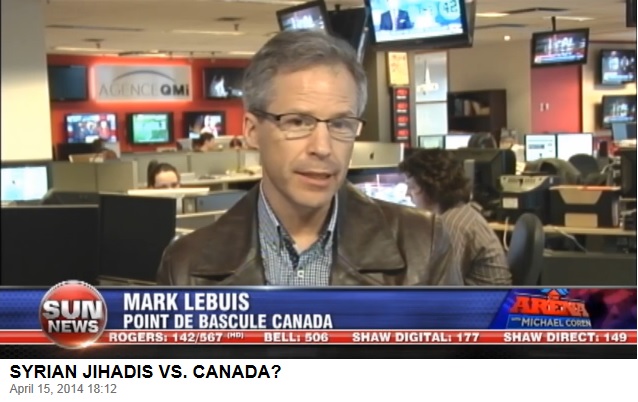