IRFAN-Canada, Another Muslim Brotherhood Organization in the Middle of a Controversy

In its April 8, 2011 edition, the Globe and Mail reports that after years of tax audits and legal battles, the Canadian government has pulled the charity status of the International Relief Fund for the Afflicted and Needy Canada (IRFAN-Canada). Already in April 2010, the Revenue Canada Agency had suspended the organization for bookkeeping offences. (PdeB – GMBDR)

When a charity is suspended, it has no authority to issue donation receipts for income tax purposes. It is also prohibited for other charities to make donations to the suspended charity.

In the past, IRFAN-Canada has been criticized for its links with Hamas designated a terrorist organization by United States in 1995 and by Canada in 2001. At the article 2 of its Charter, Hamas identifies itself as the Muslim Brotherhood wing in Palestine, the Islamist organization that was established by Hassan al-Banna in 1928.

In Canada, it is the Muslim Association of Canada (MAC) that declares working at implementing al-Banna’s program. On its website, MAC states that al-Banna’s doctrine is “the best representation of Islam“. In the past, MAC has frequently endorsed IRFAN- Canada’s activities.

When Stockwell Day was an Opposition MP in 2004, he made an intervention in the House of Commons to pressure the government into taking action against IRFAN-Canada whom he described as a front for Hamas in Canada:

In 2005, Mr. Day criticized the charity outside Parliament and IRFAN-Canada decided to sue him since he could not claim parliamentary immunity. IRFAN-Canada pleaded that it was an entity distinct from Jerusalem Fund and that stating otherwise was defamatory.

The extent of the links between Jerusalem Fund and IRFAN-Canada was exposed when the case International Relief Fund for the Afflicted and Needy v. Day (sections 27 to 33) was heard in 2008.

Eventually, both parties agreed to an out-of-court settlement in this affair.

The list of IRFAN-Canada directors was still available on the Revenue Canada Agency website while this article was being posted. It is likely that this list will become unavailable since IRFAN-Canada has lost its charity status. PdeB has archived IRFAN-Canada list of directors for the 2000-2009 period HERE.

Here is a summary of other recent situations involving Muslim Brotherhood organizations in Canada that have led to controversy because of their support for terrorism, their corruption, their bookkeeping deficiencies or their questionable use of public funds.

A Point de Bascule’s article revealed that the Saudi embassy in Ottawa invites Muslims interested in traveling to Mecca for the traditional pilgrimage (hajj) to contact the Muslim Association of Canada travel agency by faxing Dar al-Iman school at (514) 334-1751. This MAC school receives more than half a million dollars in grants from the Québec government yearly. It is not clear at this moment whether or not the school provides other services than secretariat to the MAC-owned commercial enterprise.

Federal rules forbid charities (like Dar al-Iman School) from spending donations on business activities that do not aid the charity itself. (Toronto Star)

After Point de Bascule pointed out this other proof of Dar al-Iman School’s subordination towards MAC’s commercial and ideological priorities, the Saudi embassy has eliminated the original pages from its website in order to cover the evidence. The invitation to contact MAC travel agency through Dar al-Iman School has been archived on PdeB. It can be found in the article Les Saoudiens tentent de faire oublier les liens de l’école Dar al-Iman avec l’agence de voyages de la MAC (Saudis Try to Cover Up the Links Between Dar Al-Iman School and MAC Travel Agency).

In 2009, IRFAN-Canada had invited the former mufti of Jerusalem, to give a lecture in a MAC hall in Montréal. Sabri is a well known apologist of suicide operations led by children. The conference hall and MAC travel agency are located in premises managed by MAC on Laurentien boulevard in Montréal.

A financial audit of ISNA-Canada’s books concluded that only 25% of the funds collected by the organization have actually reached the needy. The audit mentions that ISNA-Canada leader’s two daughters have benefited from the money collected by ISNA although they do not work for the organization. The audit also shows that tens of thousands of charity dollars were shuffled from ISNA Canada to its affiliated services and businesses, several of which have secretary-general Mohammad Ashraf as a director. (PdeB – Toronto Star – GMBDR)

Federal regulators have revoked the charity status of the Canadian branch of the Muslim World League (MWL) for not having complied with regulations of the Income Tax Act. The Saudi organization had also been suspected for a long time of having ties to terrorism.

On March 26, 2005, before the unanimous vote held by the Québec National Assembly against the introduction of sharia tribunals in Canada, MNA Fatima Houda-Pépin mentioned that the Muslim World League was behind the initiative to introduce sharia in North America:

“(In August 1991), Rabita al-Islamya, the Muslim World League, an organization based in Saudi Arabia (…) financed a meeting in Washington that was attended by imams from United States and Canada, notably from Montréal, Toronto, Mississauga, London, Ontario, Edmonton and from Vancouver. The theme of the meeting was: Coming up with strategies for introducing sharia in Canada and in United States.” (Journal des débats de l’Assemblée nationale)

“The founder of (Benevolence International Fund Canada,) a Canadian charity shut by Ottawa for financing terrorism pleaded guilty in the United States yesterday to diverting donations meant for widows and orphans to Islamic fighters in Chechnya and Bosnia.”

“In an agreement with U.S. federal prosecutors, Enaam Arnaout, a 41-year-old Syrian associated with Osama bin Laden, entered a guilty plea to racketeering charges but did not admit to any ties to al-Qaeda.”

(…) “When reports about Benevolence first surfaced following the Sept. 11 attacks, Faisal Kutty, the spokesman for the Canadian branch, released a statement calling the allegations of a terrorist link ‘false rumours and innuendos”

“The Cooperation International Development Agency (CIDA), a federal organization supervised by the Minister (of International Cooperation, Maria Minna) has ‘stopped giving money to (HCI) in 1996 after a report from the Canadian Security and Intelligence Service’ Ms. Minna told La Presse.”

While Ahmed Said Khadr was HCI-Pakistan regional director, he actively collaborated with Osama bin Laden and his organization al-Qaida. Khadr was well known for his ability to raise funds in Canada. In an interview broadcasted by CBC on March 4, 2003, Mumtaz Akhtar, HCI director from 1988 to 2010 acknowledged that funds collected by Khadr in the name of HCI had been diverted. Akhtar stated that he was not aware of these diversions while they were taking place:

“We were not aware that (A. S. Khadr) was collecting money by himself and not sending us the report. You know, all the money he collected, for example, for HCI should’ve gone into the HCI bank account. But I guess he was not. He maybe opened another account.”

In 2010, while discussing the facts that happened when Khadr was working for HCI, the organization’s lawyer, Michel Drapeau, contradicted Mumtaz Akhtar: “HCI dismissed Mr. Khadr in 1995 and conducted an audit that found no evidence (that) any funds or equipment had been misappropriated”.

During the 2003 CBC program, journalist Darrow Macintyre underlined that HCI was receiving (and therefore accepting) financial reports from Khadr that were vague while he was HCI-Pakistan regional director: “Khadr’s financial reports to HCI headquarters in Ottawa consisted of hand written sheets filled with vague information that was usually impossible to verify.” 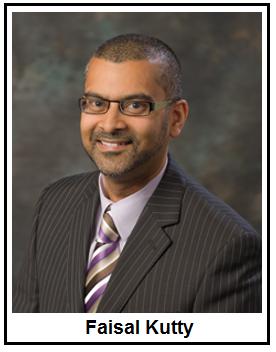 When lawyer Faisal Kutty represented BIF Canada in 2001, he was also a member of Human Concern International board of directors according to the information provided by HCI to the Canada Revenue Agency (CRA). Kutty was a HCI director in 1999 and from 2001 to 2004 according to CRA. In the most recent HCI newsletter available (January 2011), Kutty is identified as a HCI representative.

In April 2010, Naseer Syed reacted to the announcement of IRFAN-Canada’s suspension by producing a press release. Syed is the organization’s lawyer and he belongs to the same lawyer’s office as Faisal Kutty, Kutty, Syed & Mohamed.