Goldhawk Live on the relation between CAIR-Canada and Amnesty International 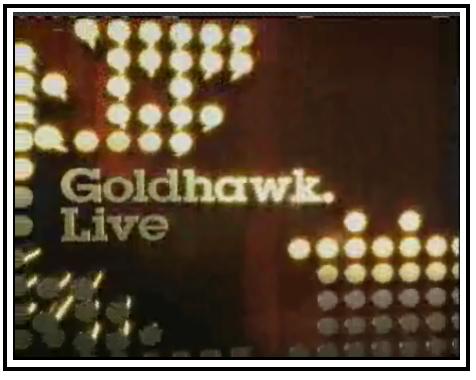 Here is the transcript of this portion of the show:

42:43 – Dale Goldhawk
Here is Michael calling from Ottawa. Michael, what do you think of this case and these issues?

42:45 – Caller Michael from Ottawa
Thank you and good evening.

43:49 – Dale Goldhawk
All right Michael, thanks for the question. Hilary Homes …

43:51 – Hilary Homes
We do work with CAIR-Canada in Canada. We have no relationship with the organization in the United States.

44:00 – Dale Goldhawk
Does that answer the question? (Goldhawk wants Hilary Homes to elaborate on her answer.)

44:01 – Hilary Homes
That’s simply what I can say. We do carefully screen who we work with.

44:07 – Hilary Homes
That’s just a fact. We have no relationship with the people in the US who he’s referring to. My only relationship is with a couple of colleagues at CAIR-CAN in Canada. We do carefully look at who we partner up. We would never partner with someone who condones attacks on civilians. I’d like to make that extremely clear.

44:30 – David Harris
It’s a legal matter. If you were involved with the [Canadian] Council on American Islamic Relations, you have a problem and the problem is attested to in an affidavit in December 2003 in which the then Chair, Dr. Sheema Khan, attested to the fact that CAIR-CAN is indeed guided, under the control of, the US organization which has had several of its peoples jailed on terrorism related charges including, strangely enough, its so-called Civil Liberties coordinator. This is a Saudi-funded organization in the United States and it is extremely worrisome, especially among some of the Muslims I work with who are concerned about the Wahabbist flavour of this kind of thing. So, I think, perhaps, we all have to be very, very circumspect.

45:13 – Dale Goldhawk
Back to you on this please. (Goldhawk is inviting Hilary Homes to answer.)

45:15 – Hilary Homes
That’s quite a serious allegation. Like I say…

45:18 – Hilary Homes
(…) The partners we have in Canada are distinct from that group.

45:28 – David Harris
Look, one of the leading moderate Muslims, Tarek Fatah, has laid out all of this, including the documents and so on. It’s a real problem. Not only that but CAIR-CAN was involved in a straight assault on Charter – section 2 and First Amendment rights in concert with its Washington DC based mother organization. They launched libel lawsuits against the First Amendment and Charter – section 2 between about 2003 and 2006. This is a matter of record and I think those who are human rights defenders as we, of course are, should take very seriously this kind of situation.

45:58 – Dale Goldhawk
Is this under consideration or under investigation by Amnesty International?

46:04 – Hilary Homes
I should ask… These questions should be put to CAIR-Canada.

46:06 – David Harris
If AI is involved… I don’t know how involved it is but, of course, that lends credibility to the…

46:13 – Hilary Homes
We are part of a coalition together with them beyond that. I mean… that is the main relationship. There is a national coalition…

46:20 – Dale Goldhawk
But one has to be concerned by one’s partner too, don’t they? Don’t you in these kinds of issues?

46:22 – David Harris
Yes, it legitimizes… We work with people who are, actually, very, very scared Muslims. They see things like this and it is demoralizing, but anyway I guess that’s something for everybody to look into…

46:39 – Dale Goldhawk
From your point of view, from Amnesty International Canada? (Goldhawk is inviting Hilary Homes to answer.)

46:41 – Hilary Homes
This, these specific allegations have not been looked into. No.

46:50 – Dale Goldhawk
I guess I’ve been asking for some reactions from you.

46:57 – Hilary Homes
I am just not sure which further comment I can make right now.

Harris Ccondemns Islamist CAIR-Can and its Apologist, the Taxpayer-Funded Center for Faith and The Media