The first part of the Dubai International Holy Quran Awards (DIHQA) ended with an enlightening lecture by Dr Omar Abdul Kafi titled “A bearer of good tidings and a warner,” leading the way for the much awaited Quran recitation contest.

The contest, in its 17th year, will see the participation of 89 participants from around the world, culminating with the awards ceremony which will also see the conferring of the coveted Islamic Personality of the Year award.

Concluding the Arabic lecture series, Dr Abdul Kafi pointed out that the Prophet Mohammad (PBUH) is the universal symbol of Almighty Allah.

Emphasising the point that the Prophet gave utmost importance to the preciousness of human life, he said: “The Prophet has said that human beings are more sacred in the eyes of Allah than the holy Kaaba and he has said that killing a human being amounts to a graver sin than demolishing the Kaaba.”

Focusing on the elevated status of the Prophet, Dr Kafi referred to the Quran’s repeated enjoining to believers to follow in the footsteps of the Prophet and adhere to his sayings, without which nobody can claim to be true Muslim.

Pointing to the struggles Prophet (PBUH) and the sufferings he underwent to spread the message of peace, Dr Kafi said: “Despite unbearable sufferings and persecution that the Prophet faced from his people for the cause of Allah, he never cursed them; instead he always used to pray for their guidance. He would never get angry or panicked unless the sanctity of Allah was violated. If it was a personal matter he would always be calm and patient.”

The series of lectures for the general public began on the first day of Ramadan and concluded on Monday at the Dubai Chamber of Commerce, the venue of the Quran contest, while the lecture programme for women will continue until Thursday at the Dubai Women’s Association.

The lectures in three languages – Bengali, Tamil and Malayalam – will begin on Thursday and will continue until July 27. The programmed will be held at Jamiat ul Islah in Al Ghusais.

The second and main part of DIHQA – the Quran contest – began on Tuesday with the participation of eight from Nigeria, Qatar, Mali, India, Bosnia, Canada, the Ivory Coast and Thailand. – Gulf News 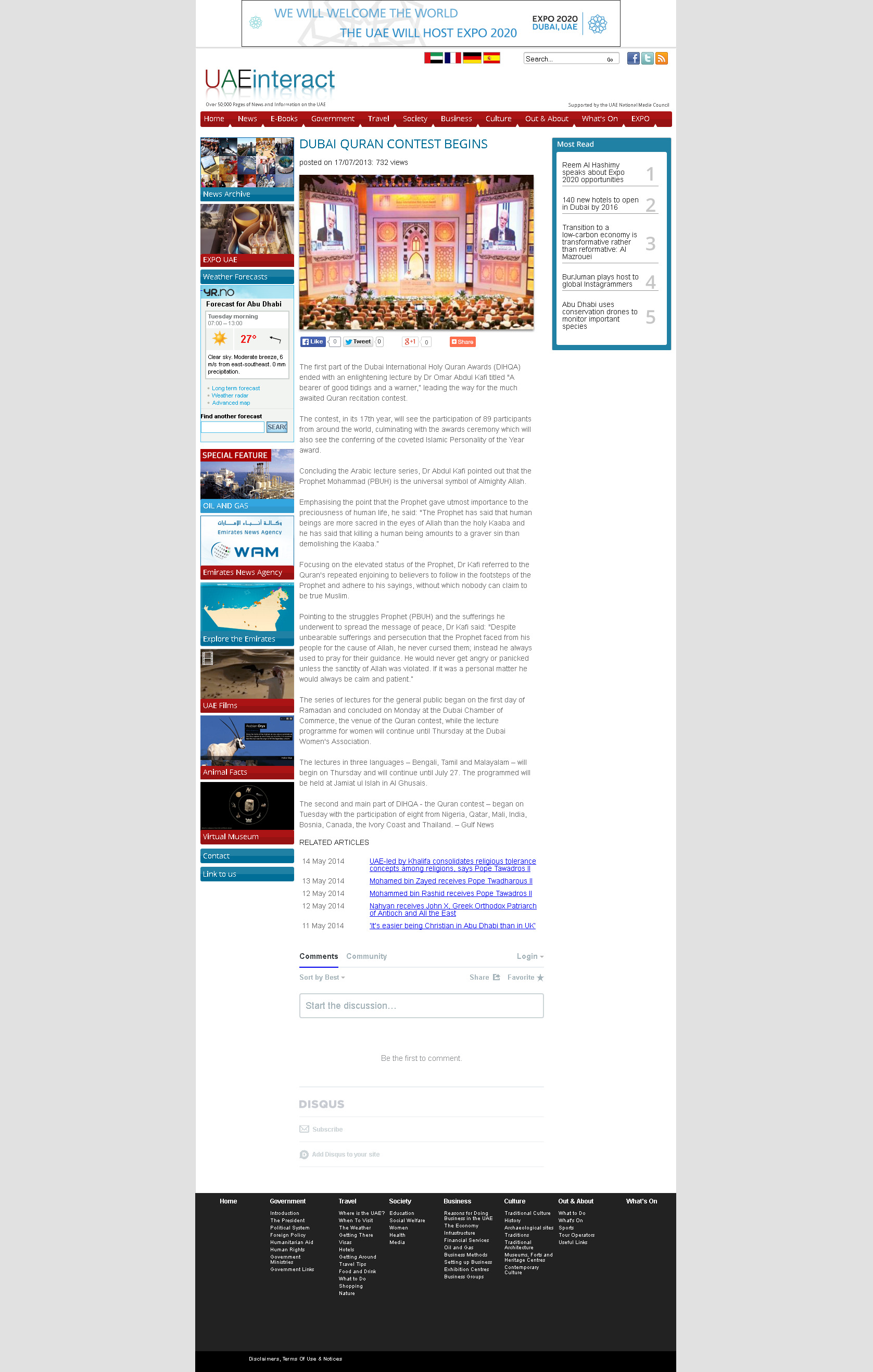