Which Ennahda’s candidate will represent the Americas and the rest of Europe at the Tunisian Constituent Assembly? 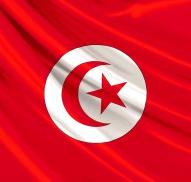 On October 24, the Tunisian organization responsible for overseeing the elections announced that Mabrouka M’Barek (Congress for the Republic) and Firdaous Oueslati (Ennahda) were to represent the riding including Canada at the Tunisian Constituent Assembly. A few days after this official announcement, various Tunisian websites started presenting Mohamed Zrig as the Ennahda representative for the riding. 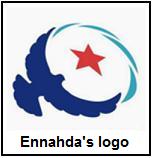 For the October 23 Tunisian elections, Canada was part of an extraterritorial riding including the Americas and most of Europe. France, Italy and Germany were separate ridings due to the large number of Tunisian expatriates living on their territories.

The riding including Canada must send two representatives to the Tunisian Constituent Assembly.

On October 24, the Instance régionale indépendante pour les élections (IRIE – Independent Regional Authority for the Elections) responsible for overseeing the Tunisian elections announced on its Facebook page that Mabrouka M’Barek (Congress for the Republic) and Firdaous Oueslati (Ennahda) were to represent the riding including Canada.

The next day, Montreal La Presse’s special envoy in Tunis, Karim Benessaieh, and Ricardo Guttierrez, from Le Soir (Brussels), published the information in their own newspaper. According to La Presse, Mabrouka M’Barek was born in Strasbourg (France) and now lives in Vermont, while Firdaous Oueslati was born in Amsterdam (Netherlands).

A few days after the October 24 official announcement, Mohamed Zrig’s name started to appear on various Tunisian websites as the representative of the riding including Canada at the Tunisian Constituent Assembly.

Here are the two representatives for this extraterritorial riding including Canada as they were presented by various media since the elections:

On October 28, 2011, Mohamed Zrig was invited by Radio Canada International (RCI) to comment about the results of the Tunisian elections with three Tunisian expatriates living in Canada. While another guest, Amel Belhassen Maalaoui, was formally introduced as an independent candidate at the recent elections (audio 00:54), Zrig was simply introduced as an Ennahda’s supporter. No mentions were made of the fact that he ran as an Ennahda candidate against Ms. Belhassen Maalaoui. The radio show did not help figure out if it is Mohamed Zrig or Firdaous Oueslati who will represent the riding including Canada for Ennahda.