Toronto – His Highness Dr Sheikh Sultan bin Mohammed Al Qasimi, UAE Supreme Council Member and Ruler of Sharjah, has toured a number of leading higher education institutions in Canada as part of his efforts to upgrade academic and research life in University of Sharjah.

Sheikh Sultan started his tour with McMaster University in Ontario where he instituted Sharjah chair for Islamic Studies. He met with Professor Peter George, president of the university, who thanked him for his gesture. Professor George said that there are about half million Muslims in Canada and many of them would like to get more knowledge about Islam and its impact on socio-economic, and political situation in the world. 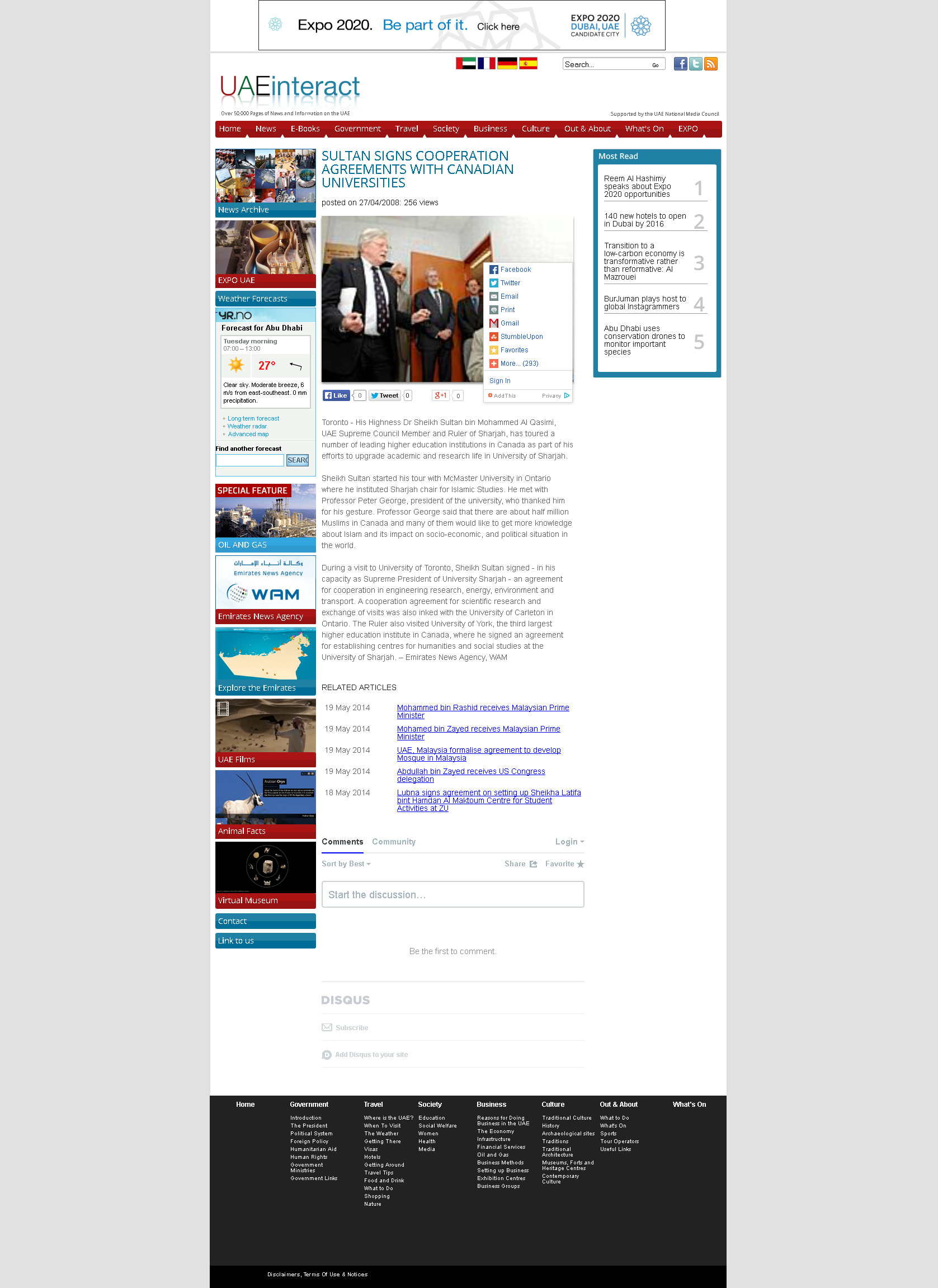