Zayed Bin Sultan Al Nahyan Charitable and Humanitarian Foundation spent over US$338million on various humanitarian, educational and developmental projects during the last years. Director General of the Foundation Salem Mohammed Al Dhaheri said that the works of the Foundation are always inspired by its vision and the footprints of its founder the Late Sheikh Zayed, who said that the wealth the Almighty God blessed us with, should be shared with our brothers and friends.

Al Dhaheri said that the Foundation is always striving to render noble services in the cause of improving the living standards of the mankind.

During the last year, the foundation concentrated more on the activities at the domestic level, as per the directives of President HH Sheikh Khalifa bin Zayed Al Nahyan, where as nearly 70pc of its budget was spent on local projects and the remaining 30 on various projects abroad.

The projects at the domestic level included building of mosques at remote rural areas in Ajman, Ras Al Khaimah, Umm Al Qaiwain and Fujairah, the geriatric care centre in Ajman, ENT care centre in RAK, Centre for people with special needs in Silaa and the social care centres in various emirates.

At the international level, a major portion of the Foundation’s budget was taken by African countries for implementing several humanitarian, developmental and charity projects, which included the Zayed Centre for maternity and child care in Niger, Zayed Academy for management sciences in Burkina Faso, Zayed Scientific Institute in Liberia and Zayed Centre for saving eyesight in Gambia, as well as a number of similar projects in several other African countries.

The Foundation’s projects in Asia covered Philippines, Afghanistan, Indonesia, Pakistan, Bangladesh, Tajikistan and Thailand. The Zayed School in Australia and the Zayed Girls School in Auckland, New Zealand, the Islamic Centre in Montreal, Canada, Zayed Mosque in Stockholm, Sweden and Zayed Mosque in Oxford, Britain were among the other projects financed by the Foundation. – Emirates News Agency, WAM 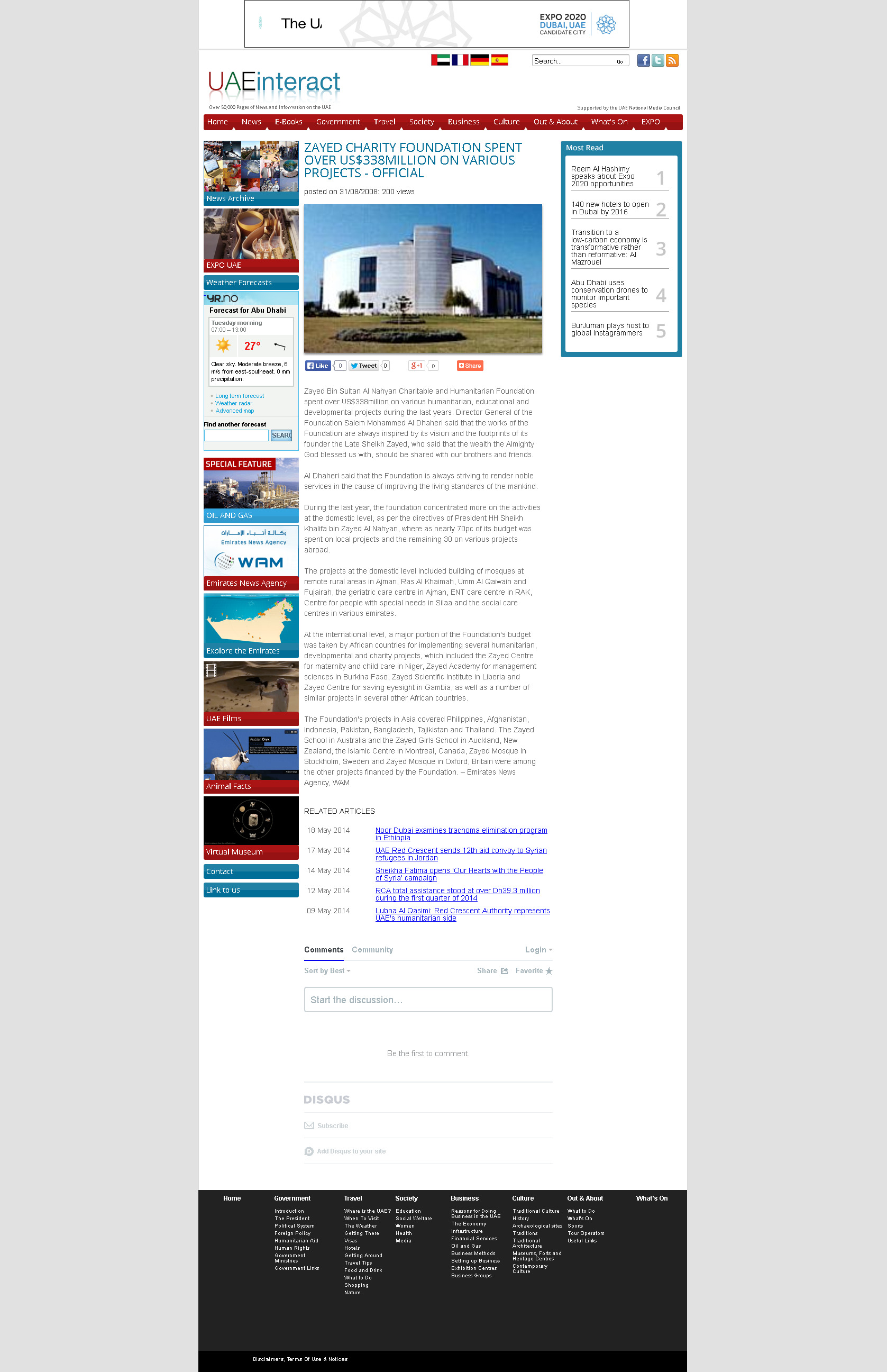