Sheikh Hamdan bin Rashid Al Maktoum, Dubai Deputy Ruler and Minister of Finance and Industry, received in Dubai yesterday a delegation from the US Michigan State’s Islamic Centre, currently on a visit to the UAE. They discussed the conditions of the Arab and Muslim communities in the State of Michigan, particularly in Detroit city, which last year signed a twin agreement with Dubai.

Sheikh Hamdan lauded efforts of the Muslim Arabs to enhance American-Arab relations and depict a bright picture of Arabs and Muslims to the American public opinion. He put emphasis on the role of the Arab and Muslim communities in introducing Islamic religion’s values of tolerance and coexistence with other creeds and races. On his part, Haj Naseeb Fawaz, head of the delegation, paid tribute to Sheikh Hamdan for his material and moral support to all the projects and programmes carried out by the Arab community in a bid to preserve the Arab and Islamic identity of the Arab Americans. Fawaz hailed Sheikh Hamdan for his generous donation to the construction of the 15-million dollar Islamic Centre in Detroit. The Al Maktoum Charity Organisation has donated US$ 700, 000 to the project. (The Emirates News Agency, WAM) 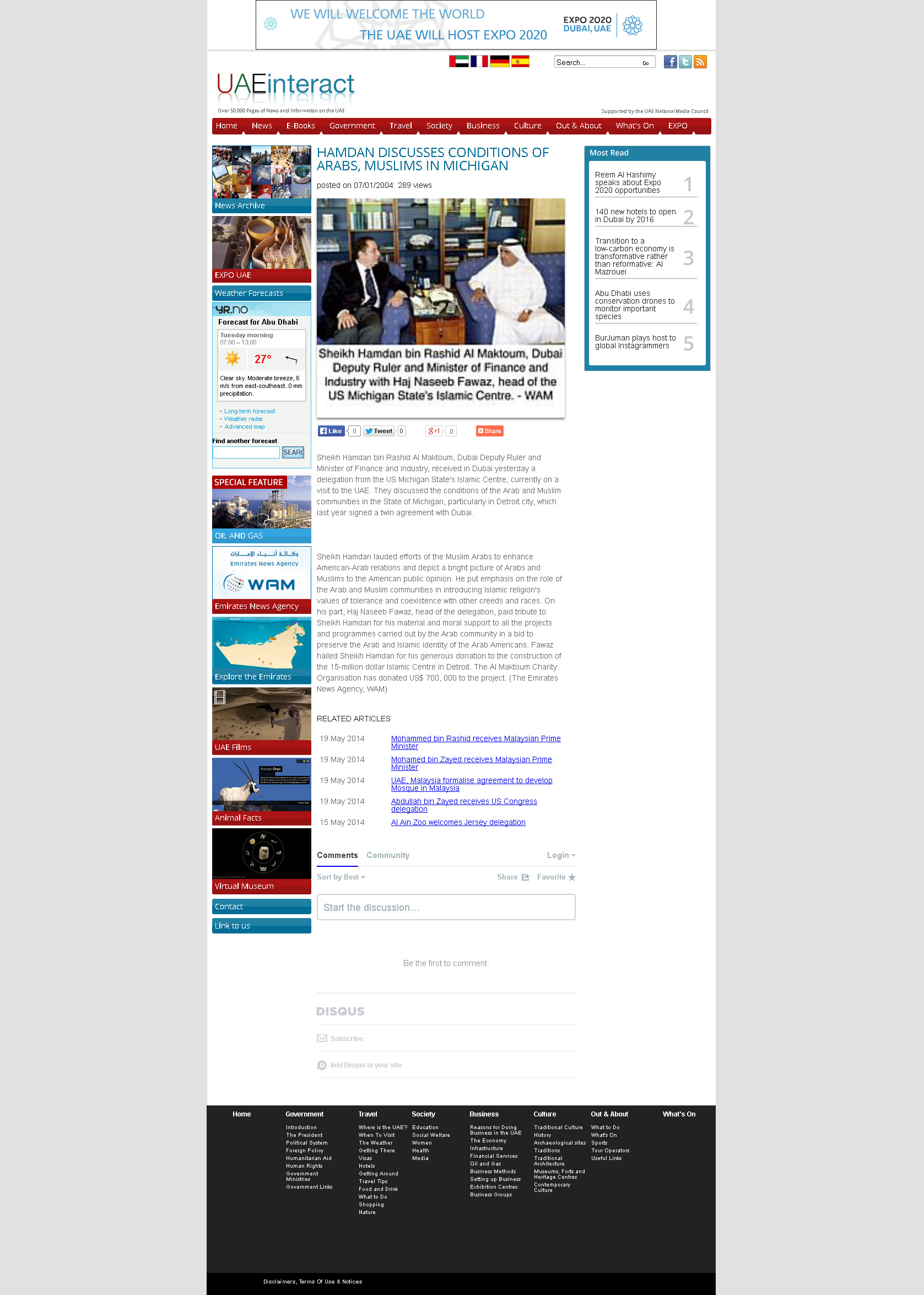