Quebec: The UAE Parliamentary Division has called for respecting religions and refraining from offending religious beliefs and holy sites

Quebec: The UAE Parliamentary Division to the Inter-Parliamentary Union has called for respecting religions and refraining from offending religious beliefs and holy sites.

The call was made by Dr Amal Al Qubaisi, First Deputy Speaker of the Federal National Council, at the 127th Inter-Parliamentary Union meeting held in Quebec, Canada.

Al Qubaisi said that efforts must be made to reach an international agreement the criminalises any such actions taken against religion, and pointed out that such a step is necessary for peace, international security, and global cooperation and understanding.

She said that the aforementioned offensive actions only serve to deepen conflicts, clash civilisations and ridicule different cultures which leads to misunderstanding among different peoples and civilisations of the world.

She said that such results starkly contrast the quick and advancing steps taken in the current day and age to reach a dialogue among civilisations and mutual respect among other cultures through a cultural framework for globalised intellect in which every culture can preserve and retain its traditions while developing dialogue and cooperation. – Emirates News Agency, WAM 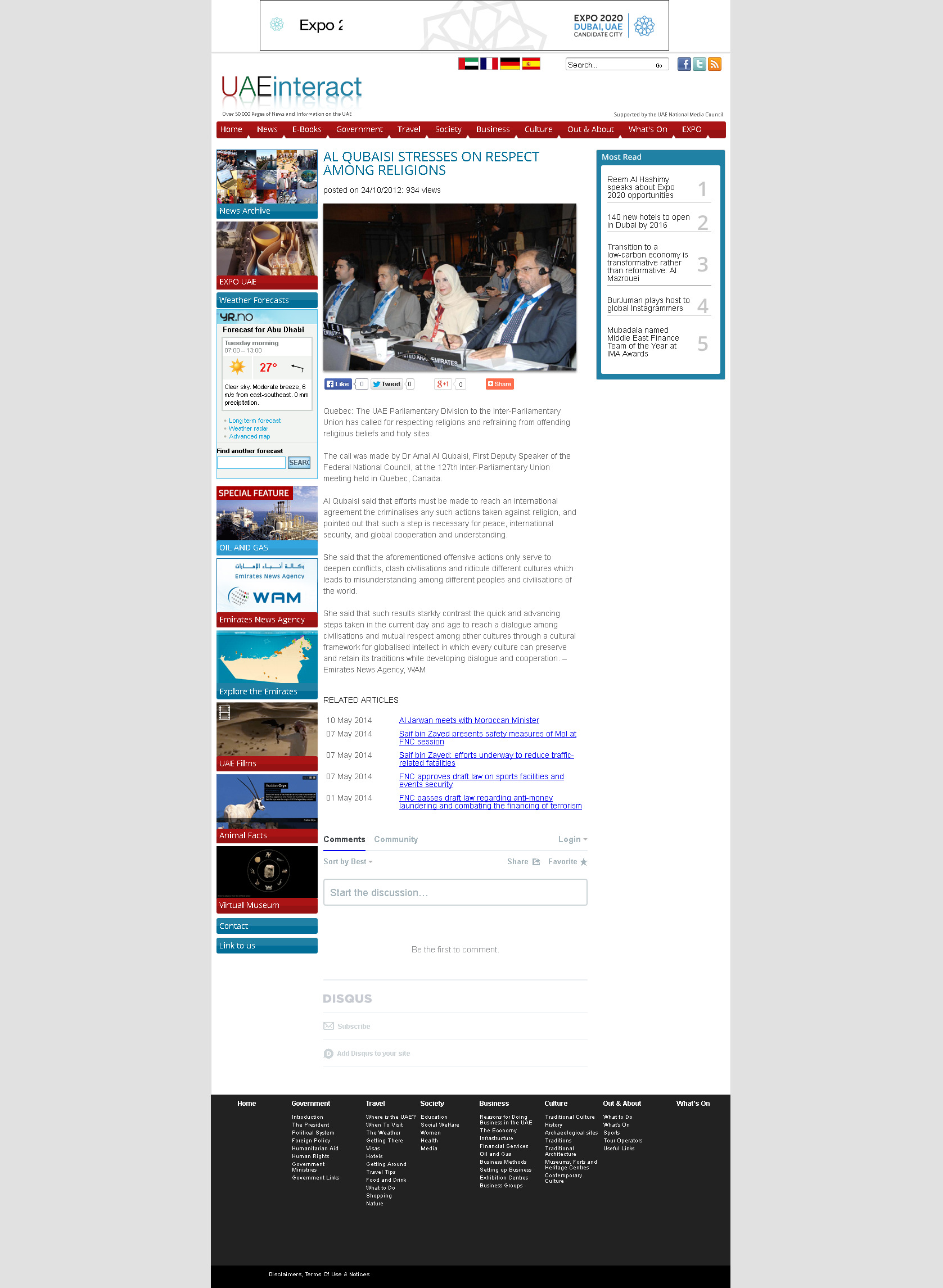