QMI: The federal government under increased pressure to declare the Muslim Brotherhood a terror outfit 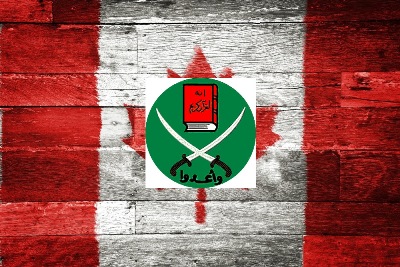 Original title: Muslim Brotherhood under the microscope in Canada / Archive.Today

MONTREAL — The federal government is coming under increased pressure to declare the Muslim Brotherhood a terror outfit, as more evidence piles up that the group has tentacles in Canada.

A QMI investigation found that top Brotherhood leaders have lived in Canada for decades. They have led pro-Sharia organizations and sent money and resources to groups that the RCMP and the Canada Revenue Agency say are owned or controlled by Hamas.

Brotherhood-linked facilities have invited extremist speakers to Canada who defended child suicide bombers, amputation for thieves and stoning for adulterers.

A U.S. terror financing trial heard a secret Brotherhood plan for North America calling for a “grand jihad in eliminating and destroying the Western civilization from within and sabotaging its miserable house.”

While Brotherhood analysts say the group is unlikely to launch attacks on Canadian soil, there’s evidence the group is spreading extremist messages in Canada, aside from its alleged financing of terror abroad.

The Brotherhood lists ISNA U.S.A. as one of its 29 key North American affiliates. While ISNA’s Mississauga, Ont., office claims to be independent from the Indiana-based umbrella group, it shares board members both past and present with ISNA U.S.A., as well as a name and a logo.

One of them, Dr. Jamal Badawi of Halifax, is a noted Muslim scholar, speaker and television host. His name appears three times in evidence at the Holy Land trial, the largest terrorist financing case in U.S. history.

Badawi has publicly preached nonviolence and tolerance. However, a compilation of his teachings on jamalbadawi.org makes it clear he believes establishing an Islamic state is a duty for Muslims.

“The Qur’an is full of indications that are direct, indirect, explicit, implicit that show without any shred of doubt that the establishment of Islamic order or rule is mandatory that Muslims must establish,” the website reads.

QMI Agency reached Badawi at his Halifax home, at the same phone number listed in the Brotherhood directory tabled at the Holy Land trial.

He insisted his links to the Brotherhood are “a myth” and that “there’s no Muslim Brotherhood in Canada.”

– As president of the Muslim Association of Canada in 2011, Dr. Haddara endorsed the Brotherhood and the teachings of founder Hassan Al-Banna.

– He was a founding director of IRFAN-Canada, and a board member until 2002. IRFAN was audited in 2004 and banned in 2011 for allegedly donating millions to Hamas.

– When contacted by QMI Agency, he said he had no knowledge of IRFAN sending money to Hamas.

– General manager of IRFAN-Canada and its predecessor, the Jerusalem Fund for Human Services (JFHS).

– Attended a secret Brotherhood meeting in 1993 at which Hamas funding was discussed, says an RCMP warrant.

– U.S. officials say IRFAN was part of the “the Global Hamas financing mechanism.”

– Calls to Adbel-Majid were not returned