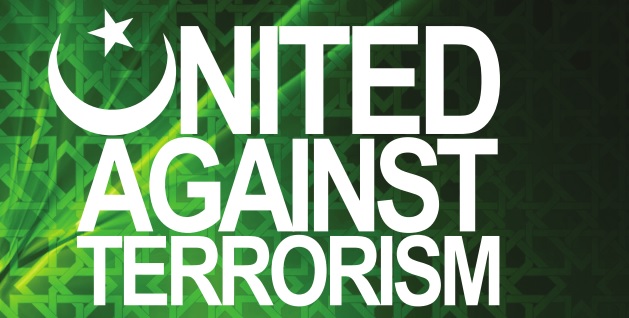 Internal emails suggest the federal government may have played a role in the RCMP’s decision in September to abruptly pull out of a news conference with Muslim groups to announce the release of an anti-terrorism handbook.

The RCMP has said that after reviewing the handbook, headquarters could not support the “adversarial tone” of some parts of the publication. “That was a decision of the commissioner (Bob Paulson),” Supt. Shirley Cuillierrier told a Senate committee in November.

But emails obtained by Postmedia News under access-to-information laws show the decision to withdraw was not made in isolation; consultations were happening with the public safety minister’s office and the Privy Council Office, the bureaucratic arm of the Prime Minister’s Office.

In a statement this week, Lisa Filipps a spokeswoman for Public Safety Canada, said while she could not speak to “non-operational discussions between public safety agencies and the minister’s office, the fight against terrorism is a whole of government effort that involves the collective contribution of security partners.”

On Sept. 26, the National Council of Canadian Muslims put out a media advisory indicating that it would be holding a news conference with the Islamic Social Services Association and the RCMP at the Winnipeg Central Mosque on Sept. 29 to announce the release of a handbook titled United Against Terrorism: A Collaborative Effort Towards a Secure, Inclusive and Just Canada.

Manitoba RCMP issued a similar advisory. The force had been making a concerted effort in recent years to reach out to the Muslim community as part of its national security program.

Later that afternoon in Ottawa, Kevin Miller, issues manager at Public Safety Canada, emailed a copy of a draft news release for the event to Jean-Christophe de Le Rue, director of communications for Public Safety Minister Steven Blaney. The subject line was: “FYI – From RCMP – Winnipeg – Member speaking at launch of United Against Terrorism handbook.”

De Le Rue then sent an email to Jamie Tomlinson, director general of the communications directorate at Public Safety Canada. “This is what I’m referring to,” he wrote.

Shahina Siddiqui, president of the Islamic Social Services Association, said she had no hint anything was awry in the lead-up to the book’s release. In fact, the night before the news conference, she attended a police gathering at Winnipeg’s Canadian Human Rights Museum attended by RCMP D Division members. “We had no indication that they were going to pull out of the press conference,” she recalled.

It wasn’t until later that evening that she received an email from D Division indicating that there were some concerns.

On the morning of the conference, an official from D Division called to say the RCMP was pulling out and that the decision had come from Ottawa. The specific reasons were not made clear. It was a short call, Siddiqui said. A similar call was made to the National Council of Canadian Muslims.

The news conference still went ahead.

Meanwhile, a statement was being prepared in Ottawa to explain the RCMP’s absence. Miller sent de Le Rue a copy. It read: “The RCMP recognizes that the fight against terrorism is a whole of government effort and as such has asked D Division not to proceed with this local initiative until it consults its federal security partners in order to provide a better overview on the Government of Canada’s effort and tools to combat terrorism.”

A couple hours later, Tomlinson emailed de Le Rue. “PCO,” he said, referring to the Privy Council Office, “is asking if you have had a chance to review these?”

An hour later, de Le Rue sent a “revised statement” that tacked on an additional paragraph. It read: “After a final thorough review of the documents, some content identified was not consistent with the RCMP’s values. Therefore, the RCMP could no longer continue its involvement in this project.”

The next day, the RCMP issued a lengthier statement, saying that it had contributed only one section of the handbook and that “after a final review … the RCMP could not support the adversarial tone set by elements of the booklet.”

The RCMP refused to say which parts it found objectionable, but government officials said on background that they took issue with recommendations that police avoid using terms such as “Islamist terrorism” and “jihad,” and that police discontinue “inappropriate information gathering techniques,” such as “showing up at workplaces.”

Other parts of the handbook encouraged interaction between the Muslim community and law enforcement “socially and recreationally.” The booklet also encouraged people to alert elders about individuals with extremist views and to be vigilant about websites that manipulate Islamic teachings. Youth who were frustrated about foreign conflicts were advised to get involved in political lobbying and civic engagement.

This was not the first conflict to arise between one of the Muslim groups and the Conservative government. Earlier this year, the National Council of Canadian Muslims sued Prime Minister Stephen Harper for defamation after Harper’s spokesman suggested that the association had links to a terrorist organization.

The outcome is still pending.

Point de Bascule (October 1, 2014): The RCMP throws the so-called anti-terrorism booklet back at the National Council of Canadian Muslims and its Islamist allies

Point de Bascule (November 10, 2014): An Imam promoting armed jihad in U.S. streets and other radical scholars consulted by the NCCM (the former CAIR-CAN) “to gain an accurate understanding” of Islam