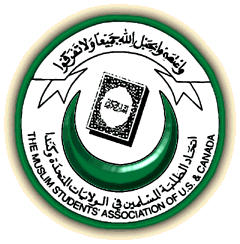 As the Canadian branch of the Muslim Brotherhood (Muslim Association of Canada – MAC) is getting ready to open a new mosque with the explicit intent to propagate the totalitarian doctrine of Hassan al-Banna in Montreal, The Global Muslim Brotherhood Daily Report (GMBDR) states that the German authorities objected to the opening of a new mosque in Munich because of the ties that its leadership maintains with the Muslim Brotherhood. This past May 17th, 2010, the GMBDR offered an account of two articles recently published in Germany in this regard.

Munich was to get a “Centre for Islam in Europe – Munich” (ZIEM), which proposed an open, European and German-speaking Islam (see http://www.euro-islam.info/2010/03/19/munich-will-get-a-new-mosque-center ). But now the plans by Imam Benjamin Idriz had to be put on hold after allegations that he has close relations to Islamists. A court has ruled that the Islamic community of Imam Idriz was rightly named in a 2007 report by the Federal Office for the Protection of the Constitution. The Office has monitored Idriz’s phone calls with leaders of the Islamist organizations Milli Görüs (IGMG) and the Islamic Community in Germany (IGD), who are believed to hold close ties with the Egyptian Muslim Brotherhood. The group and their lawyer have announced to take this dispute to the next level of jurisdiction and to fight for their reputation.

For several months the activities of the IGD have been the subject investigated by the German police authorities who suspect its members of fraud and money laundering. The GMBDR devoted two reports to this investigation on March 10, 2009 and January 21, 2010.

At the beginning of the investigation Ibrahim El-Zayat was replaced as president of the IGD.

Sami Alrabaa, a former Muslim who taught at the King Saud University in Saudi Arabia has written an article for the Islam-Watch website in 2009. He explains the nature of the activities that are carried out in Germany by the Muslim Brotherhood and more specifically those carried by Ibrahim El-Zayat.

Ibrahim El-Zayat and Tariq Ramadan are both part of the Euro Muslim Network. Together, they participated in a panel on anti-Semitism that was organised in Oslo in 2008. Youssef al-Qaradaoui (Qaradawi), the spiritual leader of the Muslim Brotherhood, stated the organization’s position on the issue when he declared in a presentation available on Youtube that Hitler had been sent by Allah to punish the Jews for their corruption.

Tariq Ramadan and the Muslim Brotherhood