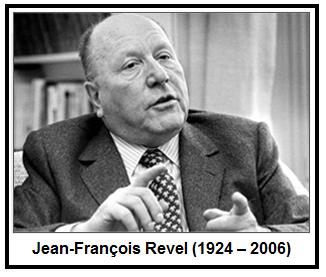 In his essay How Democracies Perish (1983), the French philosopher and political analyst Jean-François Revel (1924-2006) commented on the ability possessed by promoters of totalitarianism to undermine open societies from within by legally using the freedom of expression, the freedom of association and other freedoms guaranteed to them in order to reach their goal.

Although Revel’s remarks were written in relation to nazi and communist totalitarianisms, they are still very valid and relevant for understanding the current offensive led by the Muslim Brotherhood in the West. “The Project”, a document written in 1982 that was seized by police in November 2001 at Muslim Brotherhood financial strategist Youssef Nada’s residence describes such a program of destruction from within. Sylvain Besson has added the document at the end of his book La conquête de l’Occident [The Conquest of the West – Paris, Éditions du Seuil, 2005]. 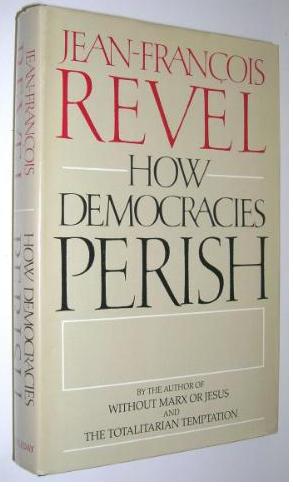 The Muslim Brotherhood spiritual leader, Youssef al-Qaradawi, expanded on the topic when he summarized his text Priorities of the Islamic Movement in the Coming Phase for an audience of Islamic leaders gathered in Algeria in 1990.

Al-Qaradawi examined the military balance of power between the forces of Islam and the West and concluded that it would be pointless, at this stage, to think about Islamizing Europe and North America by force due to a lack of material means on the Muslim side:

“We (Muslims) depend on others for military power. Those against whom we want to launch our offensive jihad are the same people who make all sorts of weapons and sell them to us. But for them, we would be unarmed, defenseless and unable to do anything! “

“That being the case, how can we talk of launching offensives to subject the whole world to our Message, when the only weapons we can muster are those given us by them and when the only arms we can carry are those they agree to sell us?”

Reference: Chapter 3 – A Debate that We Do not Need Today

These are the circumstances in which the Muslim Brotherhood decided to encourage the use of violence in some parts of the world and to discourage it in others. The means that are being chosen must be dictated by conditions on the ground and not by some dogmatic following of a statement from the Koran:

“(Our) Movement, though it is Islamic in source, orientation, principle and objective, adopts such methodologies and means as it sees fit to serve its religion and establish it on the earth, as appropriate to time, place and conditions . Methodologies, means and systems are not as immortal as Islam itself.”

Reference: Chapter 3 – The Necessity of Renewal in Means

One year after al-Qaradawi made his lecture, a senior Muslim Brotherhood leader wrote an internal memorandum in which he unambiguously explained the Brotherhood’s mission in North America. The document also contained a list of organizations associated with the Muslim Brotherhood North American network. This second feature explains why the document was eventually produced as evidence, by US government prosecutors, in two trials that took place in 2007 and 2008. After they were found guilty of having organized the financing of terrorist activities in the Middle East from the American territory, five Muslim Brotherhood leaders were sent to jail.

Here’s how the Muslim Brotherhood describes its mission in North America:

“The Ikhwan [the Brotherhood] must understand that their work in America is kind of a grand Jihad in eliminating and destroying the Western civilization from within and sabotaging its miserable house by their hands and the hands of the believers so that it is eliminated and God’s religion is made victorious over all other religions. […] It is a Muslim’s destiny to perform Jihad and work wherever he is and wherever he lands until the final hour comes.”

The original Arabic version of the memorandum and its English translation are archived on the Investigative Project on Terrorism website.

Twenty years after this memorandum was written, the Muslim Brotherhood has developed a large infrastructure in North America and the West in general to indoctrinate young Muslims in often publicly funded schools, to influence politicians, to penetrate information networks and academic institutions and so on.

The following excerpt from Revel’s How Democracies Perish comes from the first chapter titled The End of an Accident. It helps understand the current Islamist campaign: 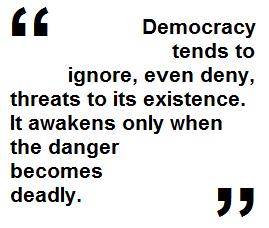 “Democracy tends to ignore, even deny, threats to its existence because it loathes doing what is needed to counter them. It awakens only when the danger becomes deadly, imminent, evident. By then, either there is too little time left for it to save itself, or the price of survival has become crushingly high.”

“Totalitarianism liquidates its internal enemies or opposition as soon as it arises; it uses methods that are simple and infallible because they are undemocratic. But democracy can defend itself only very feebly; its internal enemy has an easy time of it because he exploits the right to disagree that is inherent in democracy. His aim of destroying democracy itself, of actively seeking an absolute monopoly of power, is shrewdly hidden behind the citizen’s legitimate right to oppose and criticize the system.”

“Paradoxically, democracy offers those seeking to abolish it a unique opportunity to work against it legally. They can even receive almost open support from the external enemy without its being seen as a truly serious violation of the social contract.”

“The frontier is vague, the transition easy between the status of loyal opponent wielding a privilege built into democratic institutions and that of an adversary subverting those institutions. To totalitarianism, an opponent is by definition subversive; democracy treats subversives as mere opponents for fear of betraying its principles.”

“What we end up with in what is conventionally called Western society is a topsy-turvy situation in which those seeking to destroy democracy appear to be fighting for legitimate aims, while its defenders are pictured as repressive reactionaries.”

“Identification of democracy’s internal and external adversaries with the forces of progress, legitimacy, even peace, discredits and paralyzes the efforts of people who are only trying to preserve their institutions.”