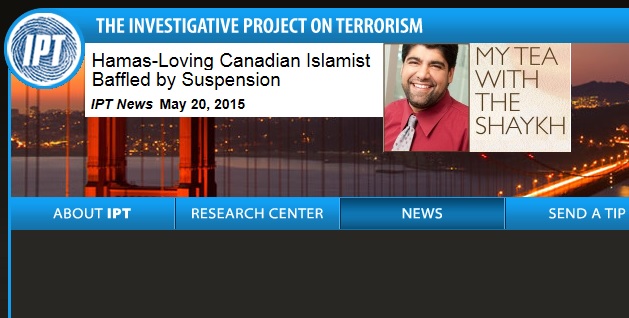 “For many years,” the article begins, “Hamas was my passion.”

Hussein Hamdani, a Canadian lawyer, described his excitement and nervousness over meeting Hamas founder Ahmed Yassin in Gaza. The article, published in 2004, was part of a tribute to Yassin after he was killed in an Israeli airstrike.

Hamdani calls Yassin “the people’s Shaykh” and explains that Yassin was part of a group of Hamas founders who decided “armed struggle must be established” against Israel. “It was like sitting at the feet of history,” Hamdani glowingly wrote about meeting one of his heroes. Yassin’s vision “represented the hope that the occupying forces could be defeated.”

One year after openly embracing a jihadist movement in writing, Hamdani was named to a Canadian national security roundtable, where he continued to serve until being suspended April 29 pending an investigation.

Read the rest on Investigative Project on Terrorism