Conference with Bruce Bawer in Montreal, Quebec City and Ottawa !

At the invitation of Point de Bascule and the Free Thinking Film Society, Dr. Bruce Bawer will be speaking at major venues in Montreal, Quebec and Ottawa. 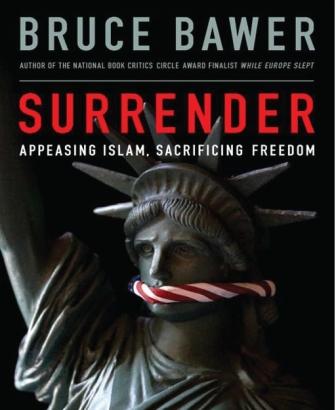 Bawer is a renowned essayist and author bestselling books (Stealing Jesus, While Europe Slept and Surrender) Based in Norway, he is known internationally for his straightforward criticism of multiculturalism and his deeply informed warnings about the threat of Islamic radicalism to Western security, culture and identity. A gay activist who became disillusioned by what he saw as the increasing influence of America’s religious right, Dr Bawer left his US homeland in 1998, only to be shocked by alarming trends he discovered on arriving in once-tolerant Europe. He witnessed the Old World’s post-Enlightenment traditions of tolerance and openness under siege: Islamic fundamentalism was on the march, and time-honoured rights were failing along with the cultural confidence and self-respect of Europe’s indigenous populations.

The conference will address:

– Why multiculturalism contributes to the erosion of basic rights such as freedom of expression;

– How and why multiculturalism creates intercultural tensions;

– Why policies to accommodate encourage community confinement, Islamic radicalism and violence; and

– Why Muslim immigration is increasingly perceived as a time bomb.

Our civilization is built on two foundations. One of them is awareness of the individual human being’s absolute value independent of race, religion, and social background. The other is the freedom to think and express one’s thoughts. If freedom is to have any meaning at all, it must mean the freedom to say what others don’t like to hear… We can’t have a halfway freedom of expression that doesn’t apply to Islam

… Bawer is unquestionably correct, and that fact is quite simply ­terrifying.

It should be studied by all who wish to understand the forces at work in the West that make an Islamic ‘House of Peace’ a brewing nightmare.

Bruce Bawer will be speaking in:

For more information or reservations concerning the Montreal and Quebec City appearances please contact us: