Adrienne Clarkson, Canadian Governor General, yesterday visited the tomb of Sheikh Zayed bin Sultan Al Nahyan to pay her respects. She was accompanied by David Hutton, Canadian Ambassador, and was received at the tomb by Ahmad Mubarak Al Kindi, Assistant Under Secretary for Mosques Affairs at the Ministry of Justice, Islamic Affairs and Awqaf. Clarkson, who is on a visit to the UAE offered her condolences to Her Highness Sheikha Fatima bint Mubarak on Sunday on the passing of the UAE’s founding father. (The Emirates News Agency, WAM) 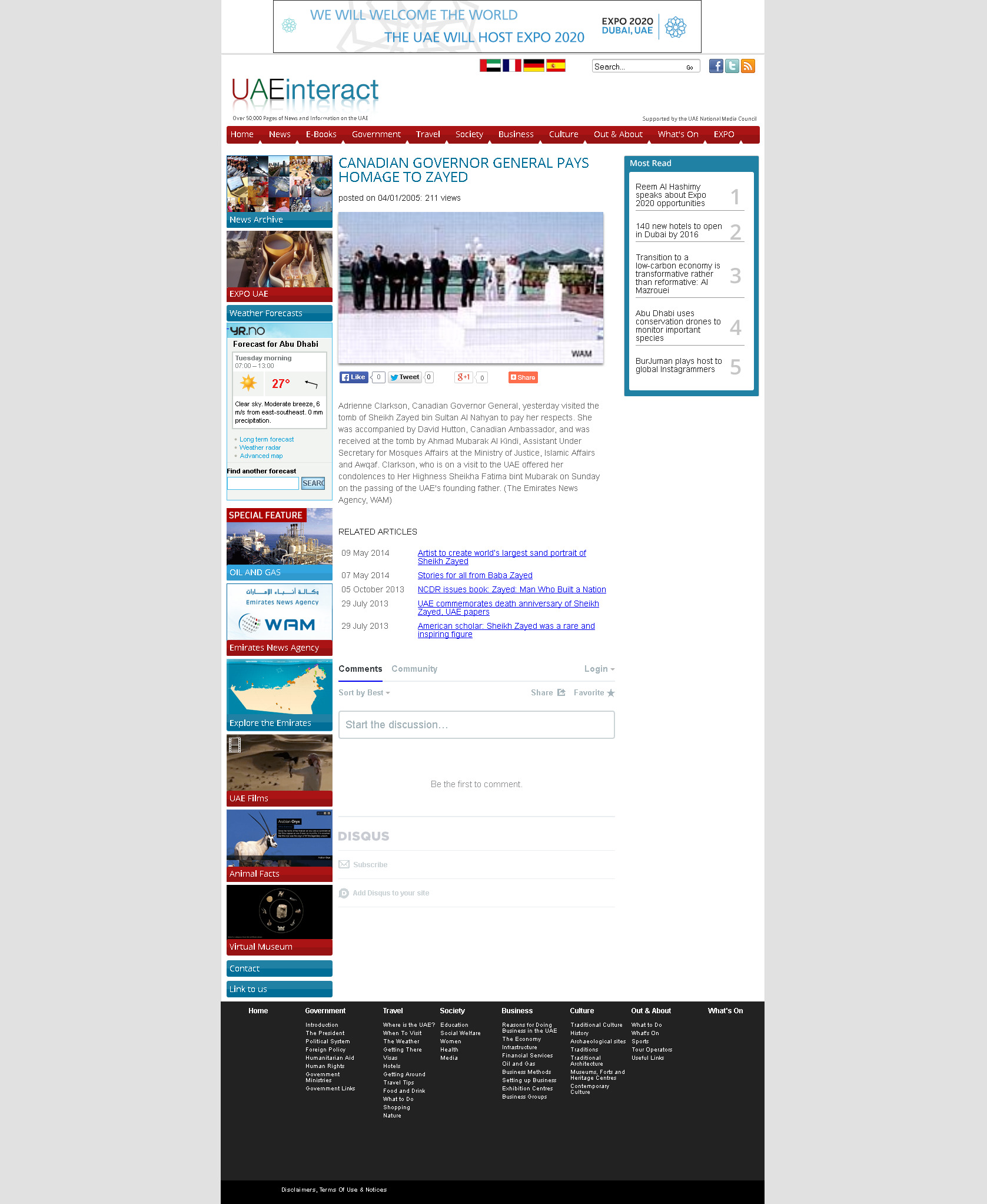